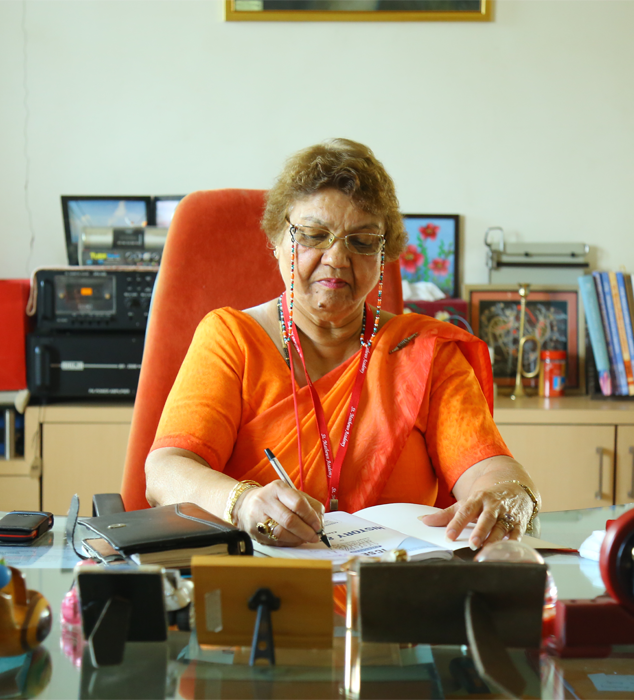 Dr. Olive Mathews has over 45 years of experience in the field of education. She completed her Under-Graduate and Post-Graduate degrees in English Literature and received her Doctorate in the same field. Dr. Mathews has also received two Teachers’ Training Certificates (Primary and Secondary). A versatile personality, she excelled in sports as well- representing UP State in basketball. She is a trained NCC Officer and was awarded the Best Cadet of her batch. Her flair for music is well known. Other than singing, she also conducts the school choir. She has produced, directed and sung in three CDs with the Hutchings School Choir during her tenure as Principal there.

Her first assignment as Principal was at Hindustan Aeronautics Limited School, Lucknow. Under her leadership, the school grew to be attain CBSE affiliation. In 1987, she took over the Hutchings High School, Pune as Principal and Secretary and remained so till 1998. During her tenure, the school grew to be a Junior College. She joined the Council for Indian School Certificate (CICSE) examination at Delhi as Asst. Secretary, in charge of Examinations in 1999. Her expertise is still continuously called upon by the council in the inspections of new Schools and in the conduct of examinations.

Dr. Mathews is the Founder and Managing Trustee of St. Mathews Academy and Junior College. The ICSE and ISC institution has grown under her charge. She has been fondly referred to as “Nanima” by students for the past sixteen years.

Dr. Suresh Mathews has over 40 years of experience in the field of education, having served as Reader and Head of the Department of Physical Education at the Lucknow Christian Degree College, Lucknow University. He successfully ran Teacher Training Programmes at the Undergraduate and Post-Graduate levels. Today, he serves as Chairman of St. Mathews Academy and Junior College and is fondly referred to as “Appacha” by all the students.

He completed his Undergraduate and Post-Graduate degrees from Lakshmi Bai National College of Physical Education, Gwalior. He then pursued his Doctorate from Jiwaji University, Gwalior in the same field. 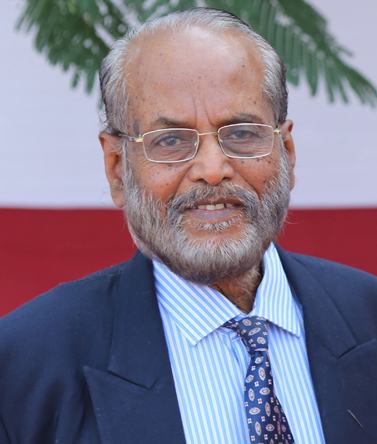 Mrs. Pereira is a product of La Martiniere Girls College, Lucknow. She completed her BA (Economics) from Fergusson College, Pune and then pursued her Post-Graduation in Human Resource Management from Symbiosis Institute of Business Management, Pune. She also possesses a Bachelor’s in Education from Tilak Maharashtra University, Pune. Mrs. Pereira has a professional certificate in communication skills from the Trinity College of London and regularly puts up students for its communication skills examinations.

She captained the UP State Swimming team during her high-school academic career and won laurels at the national level for the same. She was also selected for the Pre - Asian Games camp in Spring-board Diving in 1982. Mrs. Pereira is currently serving as Treasurer of St. Mathews Academy. 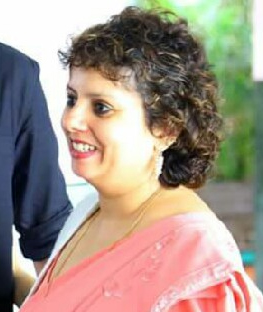